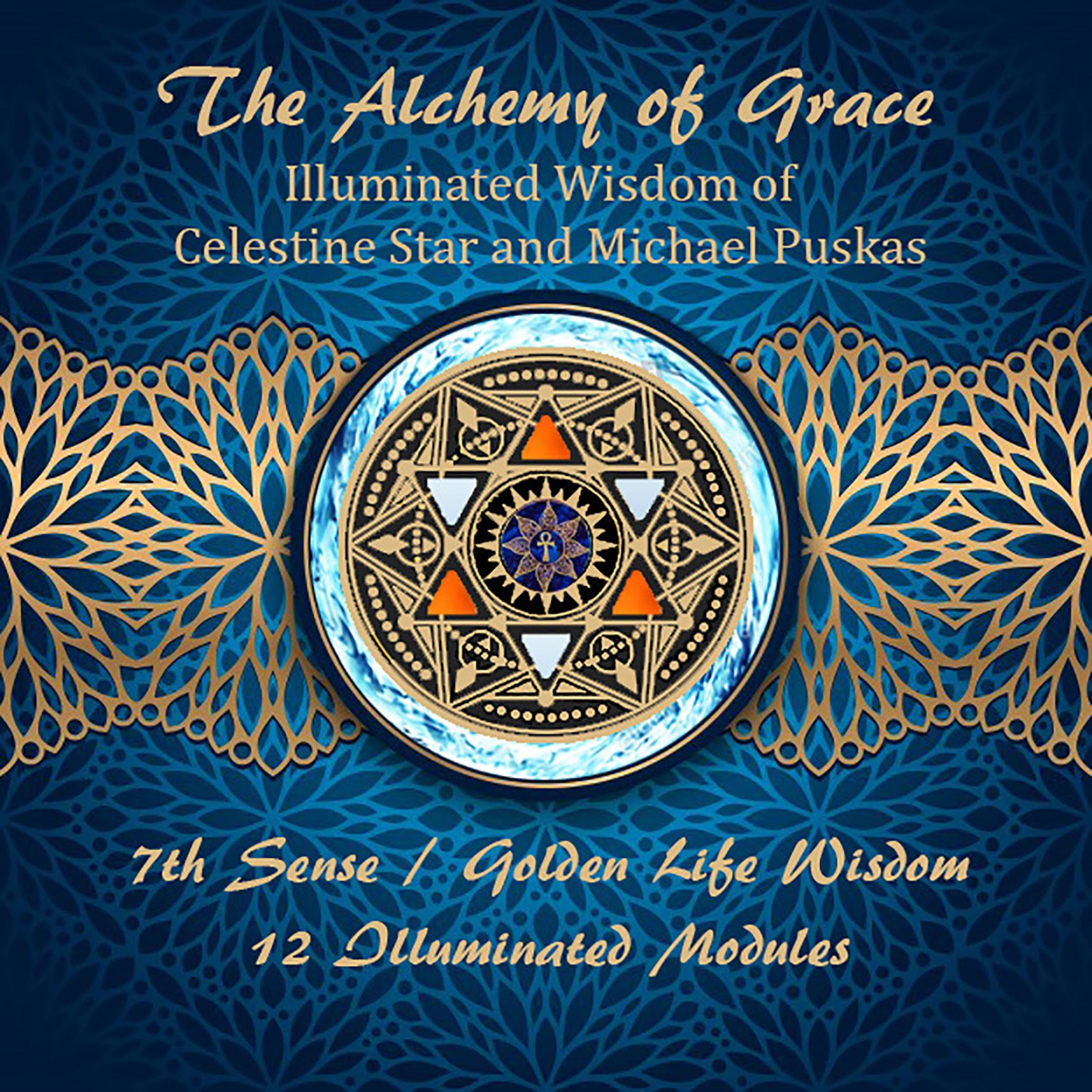 Are you interested in taking your metaphysical studies deeper?

At ArtMaster, we make art education accessible for students from all over the world. We cover a wide range of artistic forms and expressions, both in a practical and theoretical level, while building for our learners a solid theoretical background in Art History.

All 12 Alchemy of Grace Modules in one bundle + 2 Free Bonus Modules and Albums. The total package.

We offer accelerated activations to assist you in the awakening of your evolving consciousness. our Partitioners have
over 40 years of continuous work in the field of esoteric and exoteric wisdom. Both Mike Puskas (Australia) and Celestine Star (USA) are available for private zoom appointments. Additional fees apply.
Scheduled Private Appts. - $50 15 minutes / $100 30 minutes / $ 150 60 minutes / $222 Both Celestine & Mike

Students often have immediate questions about what they learned in our 12 Modules Course.
It is an opportunity to meet the Alchemists and glean from their extensive wisdom.
Your Alchemists

Who Are We... Divine Masculine, Divine Feminine

Michael has spearheaded and co-created many Light-worker Workshops, Performances and Indigenous presentations throughout his career which has spanned the globe. His accolades, awards and recognition are numerous which validate his presence on Gaia as a worthy expression of higher Alchemic teaching and practices.

Today he is a humble 56yo truth seeker, spiritual activist and Alchemist working in the healing language of high frequency music to raise the resonant vibration of Gaia's unified field.

Dr. Celestine Star, D.D. has been called a "Renaissance Woman" for our evolutionary times, possessing profound knowledge, wisdom and expertise in many fields of endeavor. Dr. Star has been offering humanity her sacred healing wisdom, extra intuitive and perceptive abilities, worldly business knowledge, and joyous creative artistic gifts for over 40 years.
Born into a modern metaphysical family, Star went through a near-death experience at the age of 6. Her entering the GOD-Head awakened fully to her divinity and to the hidden truths of Creation. Star’s Kemetic (Egyptian) and Native American heritage, Croatian, Algonquin Iroquois Nation, along with Russian and Nordic roots gave her the understanding of diversity and the unity of consciousness on Earth.
Star uses her wisdom and licenses in Alchemical, Clinical Hypnotherapy to successfully offer Transformative Healings to clients from around the world. Star is the owner of Papillon Life Services, Temple of Light, where she offers Quantum Activation healing, Spiritual Guidance, Hospice, Life/Business Coaching, Pain and Trauma management.
Golden Star Productions, an Event and Media Company and Galactic Earth Council, where she guides those on the path of elevated Consciousness in Northern California, USA since 1986. Star knows each person to be an expression of Creation, transmuting, transforming and evolving into an enlightened state of Divine Awareness through the Alchemical processes of Refinement.
Star is dedicated to facilitating the evolution of Human Consciousness on Planet Earth for the Benefit of All Sentient Beings. "Where it is needed facilitate Enlightened Change, ‘Keep The Way Sacred’ and "Manifest the Wisdom" to create a "Joyous and Beautiful World for All." ~ Celestine Star
Celestine Star

We are an online educational platform that helps individuals empower themselves in the now.